I’ve had a chance to cool down.  It didn’t help much.

Last month, as you’re probably aware in some form, was NaNoWriMo.  This post is all about that; you’ll get to read me rant a bit, and just for a bit of balance I’ve co-opted some of my writing homies to give their views on NaNo.

Where it all began: I thought, “Hey, this’ll be fun, I’ll just hop on in, crank out 50,000 words, and get a lot farther ahead in Upgrade.”  What actually happened?

Worse, I began to resent my writing.  This is not cool.

Q U A L I T Y  Writing is all about the story.  The people in it, how it unfolds, and getting a reader interested in what you’re trying to tell.  The big problem (for me, and how my brain works) is that some days are 3,000 word days, but more often (especially with the job, working for a bunch of soulless G Men) days are closer to 1,000 word days.  When you’re trying to fit in about 2,000 words a day, you’re spreading the butter a bit thin: the story gets unecessarily weak in parts, just to meet a word count.  The dialogue suffers.  The action is disjointed.  In short, it’s fucked.  So much of what I did in that 30 days is going to need to be redone; at least three chapters need a radical revision.  If you’re going to have to re-write it all again, what’s the point?  You may as well write it better the first time.

D A Y L I G H T  I totally get that anyone in the Nothern Hemisphere(tm) is going into the long cold dark right about now.  There are good reasons to sit inside, next to a nice hot cup of something, and churn out your words.  You wouldn’t want to go outside: that’s where cold and vampires are!  For us, we’re just coming into our spring/summer, and it’s glorious outside.  There’s nothing to make you reset your writing more than having to can BBQs in favour of sitting inside, sweating, trying to type.  The timing of NaNo is bad in the South, you know?

E N E R G Y  One of the things I thought I’d get out of NaNo was positive energy – you know, like-minded dudes struggling under the yoke of a common goal, supporting each other, cheering each other on.  Part of this is true: we’re all struggling under the yoke.  The problem comes about in that we’re all to freakin’ busy to talk to each other about it.  I don’t think I really realised the benefit of “the vibe.”

M O T I V A T I O N  I suspect that NaNo works for people who have trouble getting their engine started – motivation, or getting the words together.  Being disciplined is not something I have a problem with, so the premise of words being the absolute metric of success, the factor that lets you “win” NaNo, is kid of flawed to me.  The emphasis on “words, words, words” leaves it all a bit stale; as a metric, I get that it’s measurable, but it’s not necessarily going to create great products.  It also disadvantages those who want to do other things, but still focus on making the best story they can.  “Best” does not always equal “50,000 words;” it might simply mean great editing, or producing 20,000 words of good product, or even mentoring people.  Whatever: words as the only metric sucks!

Throw in a giant medical drama in the final week of NaNo, and FUCK THAT NOISE.  In short, there’s probably nothing short of the threat of life or liberty against me or my loved ones that would convince me to do NaNo again.  So…  What does that mean for other people?  Here’s some alternative viewpoints.

First guest?  Raewyn Hewitt, who is working on her Scrivener OCD, by all accounts.  She’s turning the handle on The Fall of the Kings; there’s just a few things she had to say:

Like Richard I won NaNo once. It was glorious, but the MS needed severe, severe edits afterwards and the December aftermath almost did me in. Two did-not-completes later and I’ve realised I like the idea of NaNo; the creative forum, the community and the promise of increased output – but struggle to maintain the intensity and have a life. I want to go to BBQs in November, kick back and enjoy the sunshine and smell the roses. And if I want to indulge my Scrivener OCD love, at least it’s all about the writing!

Second guest poster: Leigh K. Hunt.  Leigh’s a dark horse who level-pegged me through the month of November, and I’m very much looking forward to actually reading the month’s project, Tijuana Nights.  What did she think of the NaNo experiment? 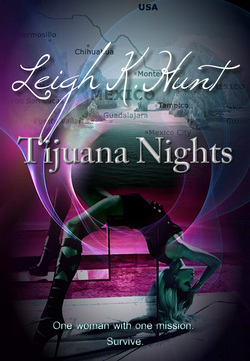 So – you want me to have a chat about NaNoWrimo? Okayyy. Well – here goes: I failed.
This year – I bit the dust. I think my last wordcount log was just over 40k, but I actually got to about 45k… but there were a load of things happening.

1. NaNoWriMo was starting to seriously effect the quality of my writing, and the story. Yes, it’s still the story that I want to write – but it became a bit ‘words for word’s sake’ if you know what I mean. There is a LOT that I am going to have to cull out and go over again. Yes the story moves rather well – or – it was. I’m not sure, anymore. I think my brain is a tad fried from all the random word output – and I need to get back to writing properly, and not elongating sentences (like this one). I’m going to have to have a read through when I get a moment.
2. I landed myself a job. Two, actually. One working for a megacorporation, and the other is a nice little cover design job for a publisher. So, in between job interviews, and mocking up cover designs – trying to write was becoming rather laborious. Not forgetting that I also have a charming toddler who loves to bash my computer into some sort of toddler submission, and a marraige that actually demands some of my attention – some of the time.
3. Due to all this unforseen workload that my computer system was under – it was seriously threatening to pack its bags and bugger off on holiday. So… I had to get a new one – one that will be able to cope with all of the graphics software and writing programs that I use on a day to day basis. The end of my Nano Month was wrapped up in system and software backups as I eagerly awaited the delivery of the new laptop. Yeah… it still hasn’t arrived yet. Damn couriers.

So – while I love Nano, I also hate it… well – I did at the end of November, anyway. This book I am trying to write is bloody intense, and I just want to do it as much justice as I can – and I feel that NaNoWriMo sorta hindered my usual creative process. I guess I won’t know though until I do my read through once I finish writing of this epic adventure of drug cartels and narrow escapes.

Finally, Cassie Hart.  She’s actually written stuff you can buy as well; I’m quite partial to The Dead Way in my copy of Baby Teeth, and if I was being honest I’d have to say I’m kind of itching to see Sun-Touched.  She gave NaNo a shot, and:

… I flunked out really early in the month. Like, day 3 I think it was. Until then I was on track – I was flying! I was keeping pace and loving getting to work on a brand new project.

Right up until the moment that I had my epiphany: I was no longer studying, therefore my brain was no longer filled with academia and I had a clear window in which to edit. My brain just can’t handle both at the same time – I can study and first draft, but I cannot study and edit effectively. Or, at least, I couldn’t this year.
So while I’d been on the NaNo bandwagon for the whole of October, I happily jumped ship without a moments hesitation. I cast not a single glance backwards, and any regrets I might have had were drowned in the pure bliss of editing.
Yes, I said bliss. I love me some edits and I’ve been hanging out to get to work on Sun-Touched for AGES now. It feels like heaven to be slipping back into this story and making it shine.
Will I attempt NaNo again next year? Ever again? Nope. I don’t think so. I’ve proven to myself that I *can* knock out 50K in a month (2006, 2007), and like others have mentioned in this post I’d rather work on producing quality than quantity. I can still make 30K a month easily while maintaining a good standard, so I’d much rather do *that* than go nuts one month of the year and do myself and my writing any damage.
It works for some people, but I not me – and I’m totally cool with that.

At the end of it all, that’s where we sit.  Is NaNo good?  Sure, for some people – that’s clear.  But is it something I’ll be doing again?  Hell no.  Hell no.  December is the month I learn to love my writing again, and create the best story I can.  See you here a bit later on.

5 Replies to “The Beast Is Dead”